The Tower of Babel

The Tower of Babel was an outdoor public poetry reading involving over 20 participants and 20 languages to celebrate the cultural diversity of Vancouver. Passersby were invited to sit and enjoy the free performance.

The performance involved all 20 performers reading, with choreographed movement, in their native language. At times individually, at times in small groups. At one point all 20 performers surrounded the audience, who were sitting on the gallery steps, and read in all 20 different languages simultaneously. The work culminated in the audience, who, prior to the performance, had chosen a copy of the poem, reading along with the performers. A wonderful burbling cacophony, blurring the line between passive spectator and a participant in diversity.

The Tower of Babel was created by Soramaru Takayama, Directed by Yayoi Hirano, activated by Tasai Network members Steve Frost and Yurie Hoyoyon. It was performed at šxʷƛ̓ənəq Xwtl’e7énḵ Square (formerly Vancouver Art Gallery North Plaza) on Saturday, June 02, 2018  from 13:00–15:00. 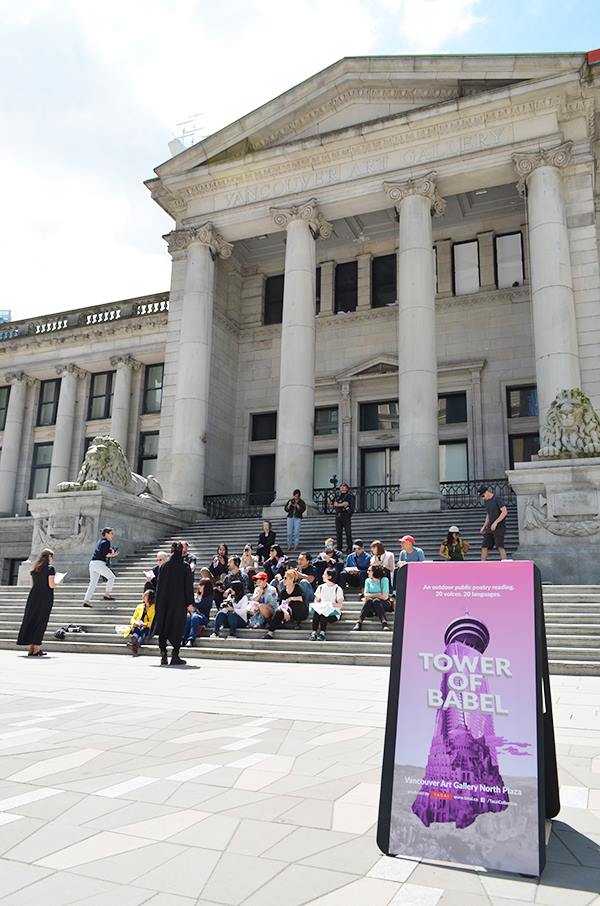 Sora first wrote a poem in Japanese, which he and Steve translated to English. Potential performers responded to an open call for anyone whose mother tongue was a language other than English. The performance involved only one representative of each language. Over several months Sora, Steve and Yurie hosted translation parties. Two to three performers met together to translate Sora’s poem from English to their mother tongue. Translation work is rarely a direct exchange of one word in one language for another word in another language. Context and explanation is needed, which is why every translation session was immediately animated and lively, as complete strangers talked about why, in their culture they would use this word and not that word, inevitably leading to stories of home. 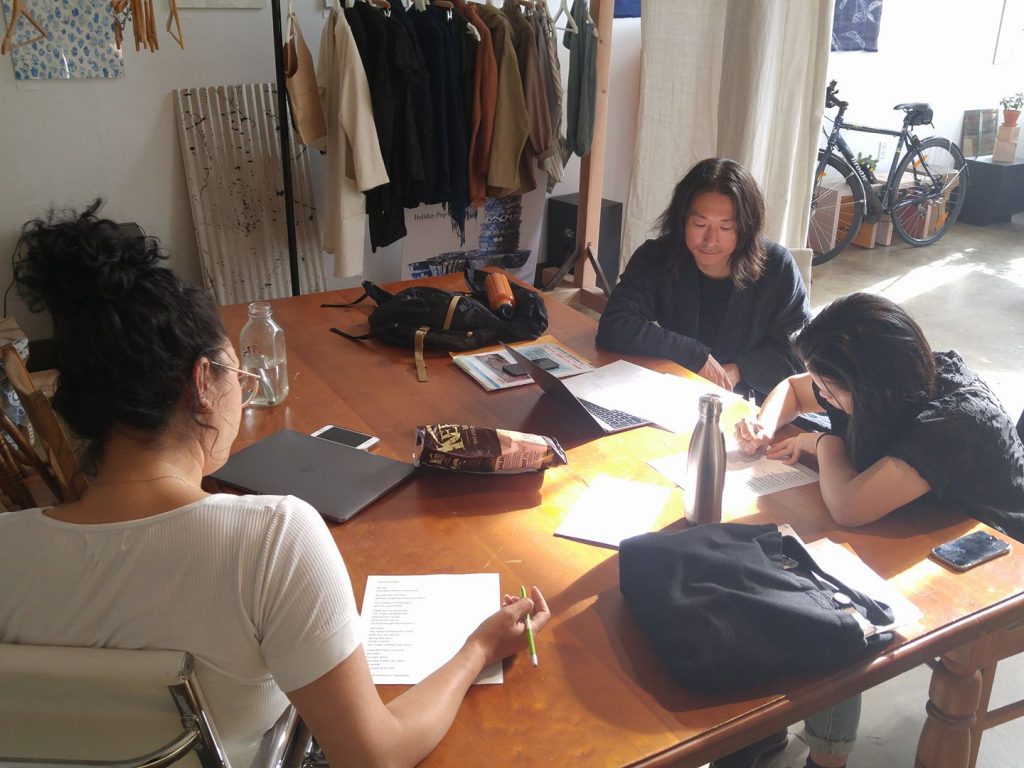 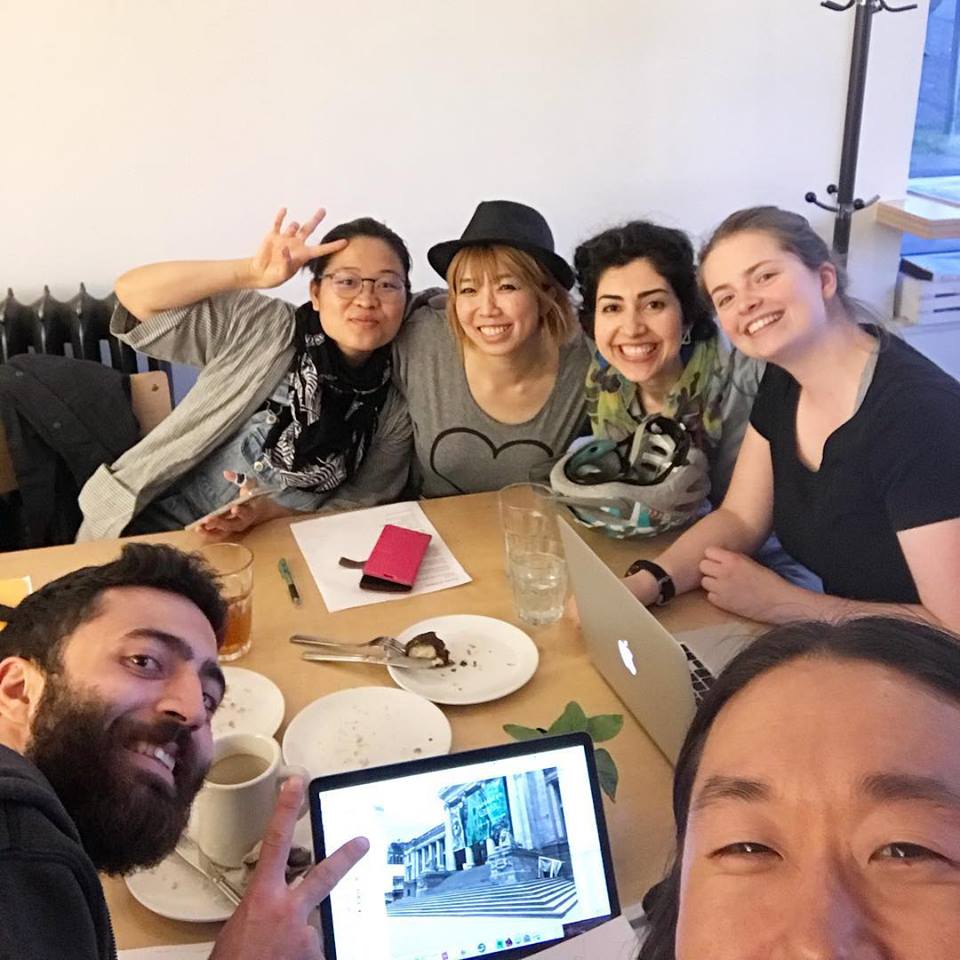