They Labyrinth of Hidden Messages 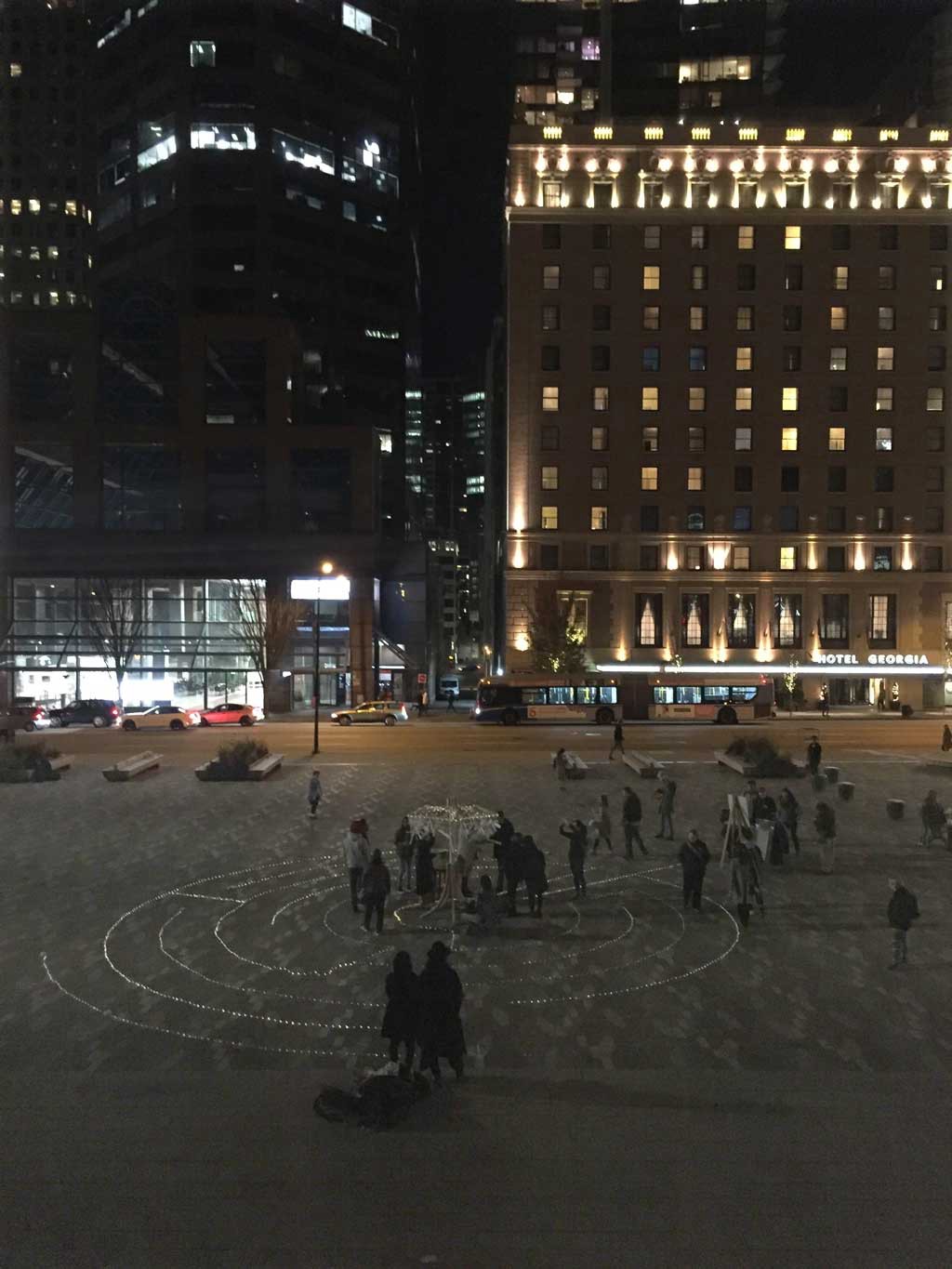 The Labyrinth of Hidden Messages was a 17 meter labyrinth made out of LED lights. At the centre of the labyrinth was a sculptural wooden structure called the Tree of Hope. Passersby were invited to walk the labyrinth, which would bring them to the centre where they would write a message of hope to the future. The message was hung on the Tree of Hope. Participants then continued around the labyrinth which eventually brought them back to the other side of the tree, where they received a message of hope in return, it was theirs to take with them.

The Labyrinth was the brainchild of Soramaru Takayama, and activated by the Tasai Network. It was installed and active in šxʷƛ̓ənəq Xwtl’e7énḵ Square (formerly Vancouver Art Gallery North Plaza) on October 22, 2018 from 20:00–22:00. 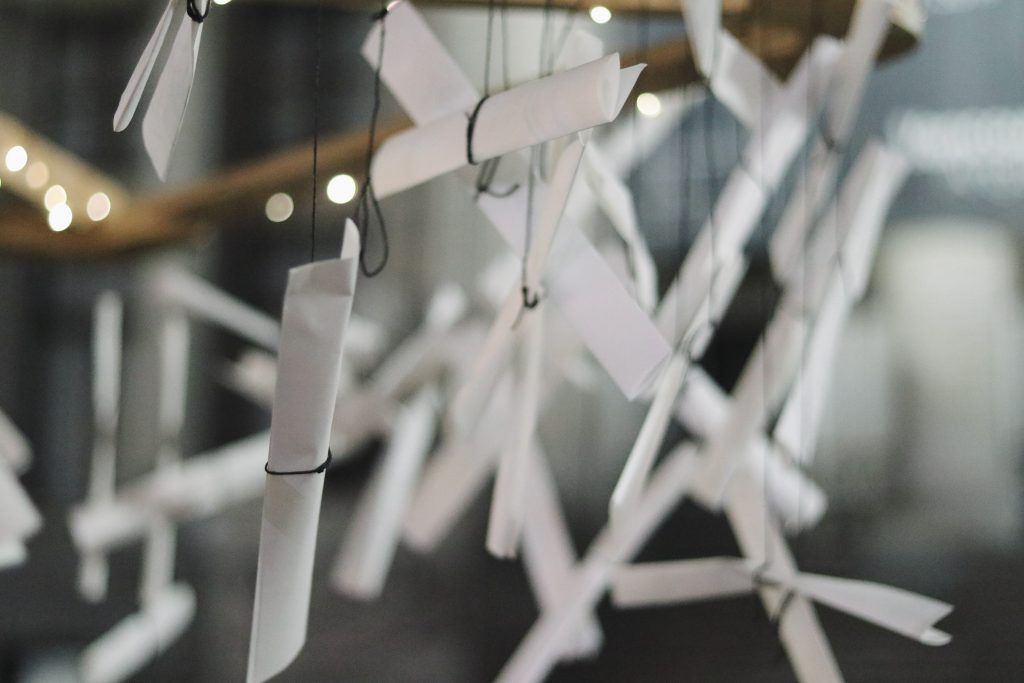 Seven hundred and fifty messages of hope were created and shared. Complete strangers, right in the middle of downtown Vancouver, acted from their collective goodness. 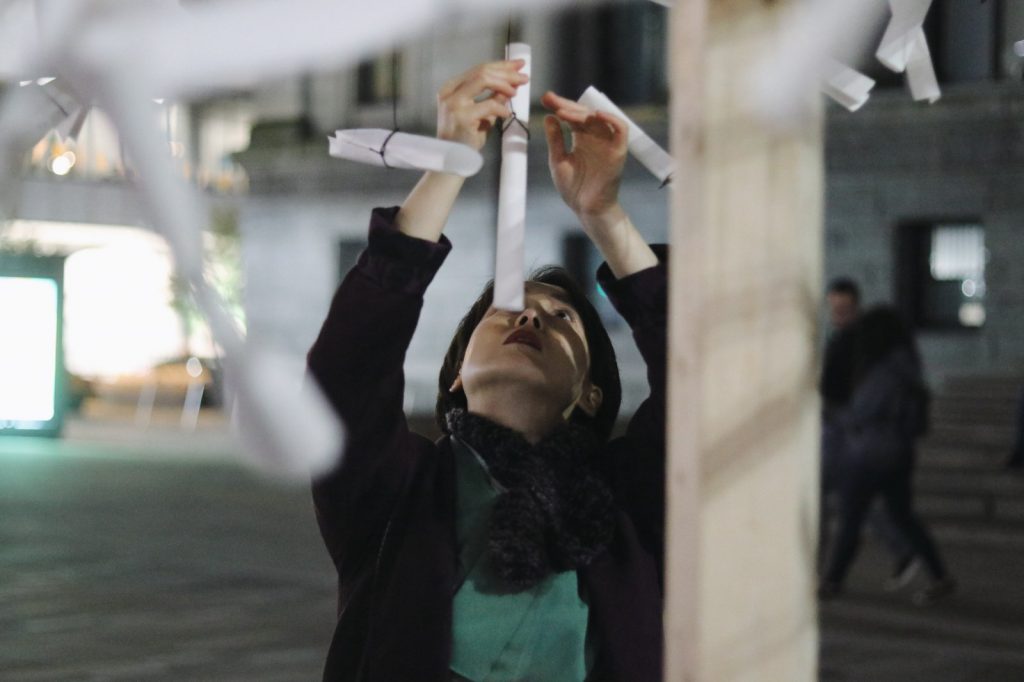 People know, in some part of their heart, there is only one human family on a single planet earth. They know it’s not my team and your team, just Team Human. But they rarely get to experience Team Human. Most of our day to day experience is absolutely counter to what that quiet voice in the centre of us is telling us is true. So much of our day to day experience is about scarcity and fear, which leads to division, us/them and ultimately isolation. 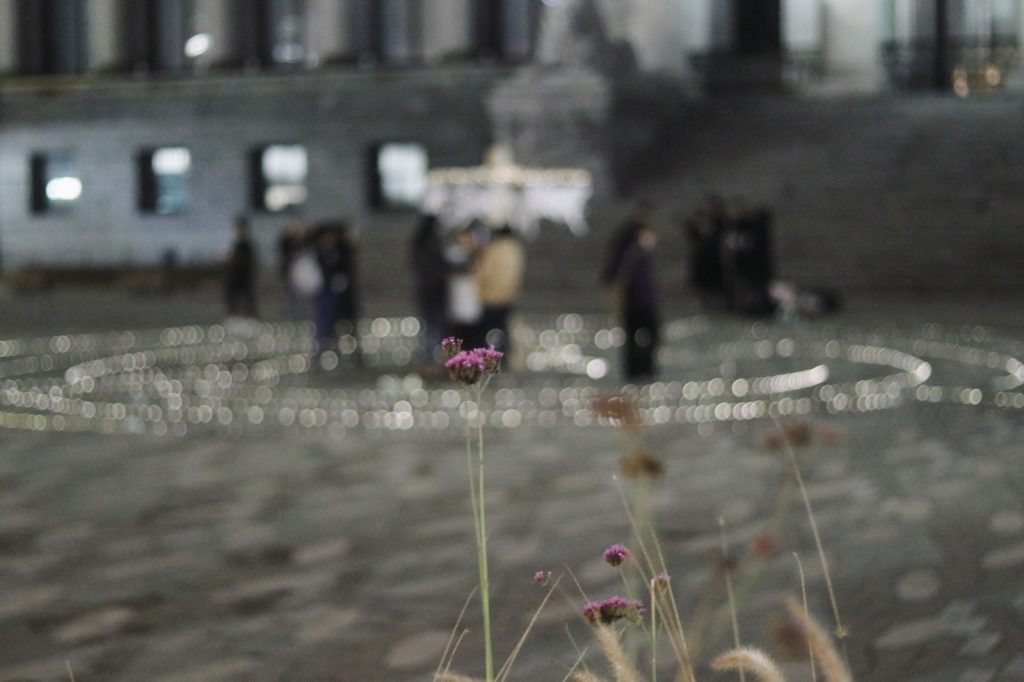