Making Art With a Network Mindset 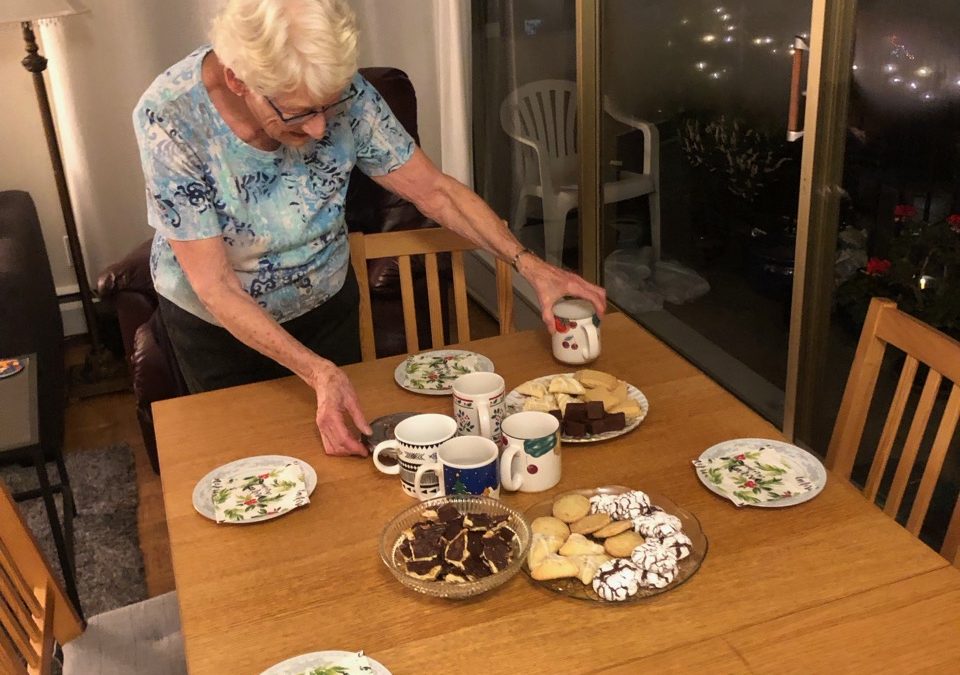 Tasai members got together a couple of years back to talk about what we value, who we are. The result is the six words you find at the bottom of our front page: collaboration, bridge, connection, fusion, craft and catalyst. Under connection it says this:

What kind of connection? Well, not like LinkedIn. Not networking. It’s face to face and intimate, usually small and relatively quiet. It’s friends and colleagues committed to process over product. At it’s best it’s community.

A group of artists got together to talk about what we value and we went out of our way to specifically say, “Not networking.” The paradoxical truth is, Tasai operates as a network. What kind of network do I mean when I say Tasai operates as a network? Well, it’s not like LinkedIn. It’s not a quid-pro-quo, fair exchange network that most people are familiar with. It’s a purpose driven, peer-to-peer network built on trust and friendship through collaboration. It’s self-organizing, it has a holistic view of human beings, it is formed around a purpose that’s larger than any one member of the network. In this kind of network project planning meetings can happen at your Mom’s place because all the coffee shops are closed and she has Christmas baking handy.

We had a tech meeting for Tasai and SPACE‘s “A (Mostly) Silent Night” event. Yasushi Harada, a local VJ, agreed to collaborate this year. Fifteen minutes before our first working meeting I discovered the coffee shop we were going to was closed. Then I discovered all the coffee shops in the area were closed. Our first meeting with a new collaborator was 15 minutes away and we had no where to meet! I was at my Mom and Dad’s little apartment in Kits, blocks away from the coffee shop that was now petulantly closed. My Mom, joking, but slightly serious, suggested, “You could meet here. I have Christmas baking.”

What was interesting was the hesitation. Could we do that? Would that be weird? Would it be unprofessional? In an organizational context these are all valid questions. If organization A is meeting organization B, then a neutral territory coffee shop makes sense. But Tasai isn’t an organization, we’re collaborators. Why wouldn’t we meet in someone’s home? Isn’t hospitality at the core of what we’re trying to do as artists?

In the end, Mom was tickled pink. She, at 90, and my Dad close behind, were so happy to be of service. It was the best meeting ever.

THE NETWORK IS YOUR HOME

A group of artists, functioning as a network, but thinking they should be an organization, is a group of artists not comfortable in their own home. Living under an organizational should can cause the kinds of pauses, real and metaphorical, I had at my Mom’s place. You second guess yourself, you stop living from the strength of what you are.

There is a difference between an organizational mindset and a network mindset. An organization operates under conditions of stability and manifesting themes of efficiency, constancy, predictability, stability and control. Networks operate under conditions of complexity, i.e. non-linear, emergent, dynamical, uncertain, adaptive and co-evolutionary. Networks, therefore, manifest themes of persistence, responsiveness, nimbleness, agility and adaptiveness.

The Tasai Foundation is an organization, but the organization only exists to serve the network, which is exactly upside down to how most collective human agency operates today. Realizing we operate as network doesn’t mean doing away with the organization. It isn’t an either/or zero-sum game. The realization helps put the network and the organization in proper relationship to one another. 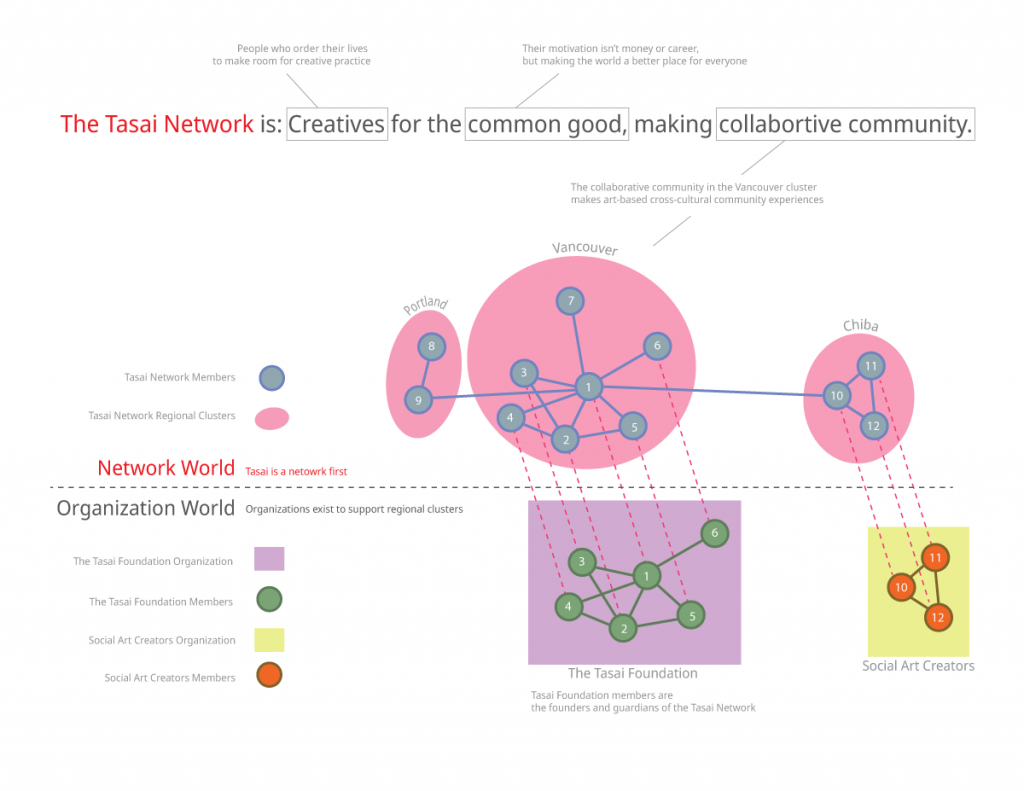 If Tasai is already operating as a network, it doesn’t seem wise to abandon a network mindset for an organization mindset, no matter how legitimizing, because we’d then have to translate everything we do back into a network mindset. It seems wise for networks of artists to remain where the rest of the world is trying to get to. It seems wise for artists to be where they are most comfortable and of most service, on the edge, at the forefront, learning, evolving. It seems wise to form organizations where they are beneficial and in service of the network, while at the same time understanding ourselves as a network, preserving and evolving those network qualities, which leverages our strengths, which increases the impact we have toward the common good, for our neighbourhoods, cities and the world.